By ChaoticNinja July 22, 2014
Welcome to Episode 22 of Conversations over Milk & Cookies hosted by Kindle Ninja.

It's my way of supporting members of the RAVE REVIEWS BOOK CLUB.

We interact with them everyday, directly through tweets, or indirectly through re-tweets, but we don't really know much about them. Their personalities really don't shine through in 140 characters.

All the EPISODES of Conversations over Milk & Cookies can be found HERE.  Or you can just look to your right and you'll find the Quick Links.

In this episode, we feature AUTHOR NICHOLAS C. ROSSIS. He's the author of the 'PEARSEUS' series and 'POWER OF SIX + 1'

BOOK 3 of PERSEUS IS OUT: 'MAD WATER'

Let's get to know Nicholas in more than 140 characters, shall we?

Is it possible to have some that are crunchy until dipped for a second or two in tea, then they become deliciously soft and moist? The chocolate chip ones, please. Yes, that one. Thank you (dunk, sip).

Kindle Ninja: Chocolate chip cookie is popular among my guests here. I see you prefer tea over milk.

Do you think dunking Oreos in a glass of milk is manly?

Sorry, that’s a good cookie. Yes. If it was good enough for our forefathers – and, as you know, they always did that before rescuing fair dragons from evil maidens – it’s good enough for us.

Well, the queen of course. I’ve always wanted to ask her where she shops for hats.


Failing that, Philip K. Dick would be an awesome companion, too. But I’d watch the tea for vitamins. As you may know, all his hallucinations started after he experimented with huge doses of water-soluble vitamins. Can’t have that in my tea (sip).

Kindle Ninja: I assure you there's nothing of that sort in the cookies and milk. I'm not sure about the tea though ;)
Has your adorable dog Meli ever eaten your manuscript?

Well, my manuscript is typed on my PC, so she would have a hard time chewing harder (heh heh) disk. Besides, she’s a notorious grammar Nazi, so I doubt she’d eat anything not proofread. 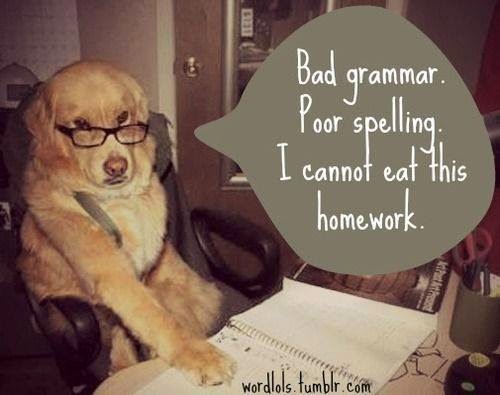 A previous dog has eaten the equivalent of a 50 euro bill, though. Does that count?

Quite frankly, nothing! It’s great fun, and I get to work with a lot of awesome people. The only problem I can think of is the perpetual lack of time that seems to characterize us writers, and it’s a lot of work maintaining such a busy club’s social presence! Thankfully, I have the help of two wonderful ladies (hi Marlena, hi Kathryn) and, of course, Michelle (our tweet expert) and the entire board behind me.

Writers are very interesting (and sometimes quirky) people with strange rituals. What is your strange writing ritual?

Damn, I must have fallen asleep during that part of my writer orientation course. I haven’t got any, but I promise to come up with something for the next interview.

What would you consider as your 15 mins of fame?

I have been interviewed on magazines and the television (ages ago), but the weirdest story has to be the arrest of a serial killer that I happened to assist, even in a most roundabout way.


This was back in 1993. I was in the navy (Greece still has conscripts, and I served for 23 months). I was secretary to a naval base Commanding Officer. One day, I was filing away my reports, when out of the blue, a number of MPs (military police) filed into my office and asked me to call a certain sailor. As soon as he arrived, they arrested him and dragged him away in handcuffs.

That evening, the TV announced the arrest of three people for multiple ritualistic murders. I had been serving with this person for months, and had no idea.

Very important, and not that important at the same time. I’m not sure how the names pop into my head. Sometimes it’s like the characters simply come and introduce themselves. Other times, I choose the name through various bouts of free association. 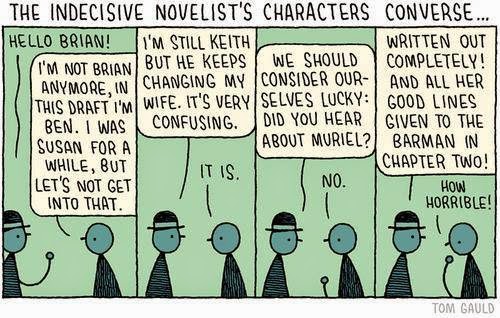 When I want to imply culture or race, I occasionaly consult online services that offer common names for specific cultures, genders etc. In fact, I have written a blog post about this, called Naming your characters the easy way. 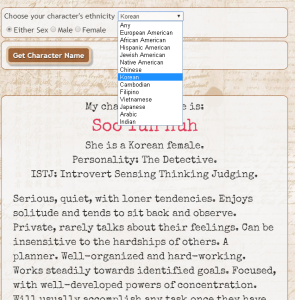 If your novel “Pearseus” would be made into a movie, who do you want to play the main character/s?

I would love Mark Harmon (from NCIS) for the part of Parad, the stoic general, even if the latter is Indian in origin. And Indian Harmons, I wonder? 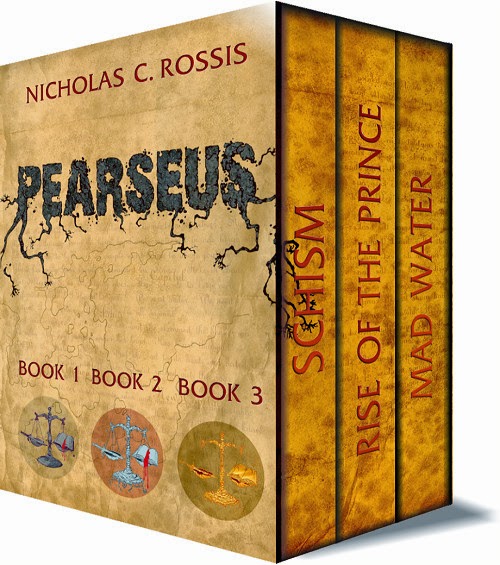 I imagine Teo Altman being played by Danny De Vito. For some reason, I’m convinced that he would be able to bring out the character’s more unsavoury parts. And Meryl Streep would make a great justice Styx. Anna Hathaway would be perfect as Gella, and Sol has the golden hair of Daryl Hanna.

And who will direct the movie?

I love Verhoeven’s work; dark and powerful. I might answer his call…

My wife, Electra. I know she’s only famous within a very close circle, but she’s all I need!

How do you feel about doughnuts without holes?

Funny you should ask! I was on the island of Lefkada the other day when we came across this place that had loukoumades – traditional doughnuts without holes – served with Nutella, crushed almonds and soft ice cream. I took a picture just for you. Yummy! 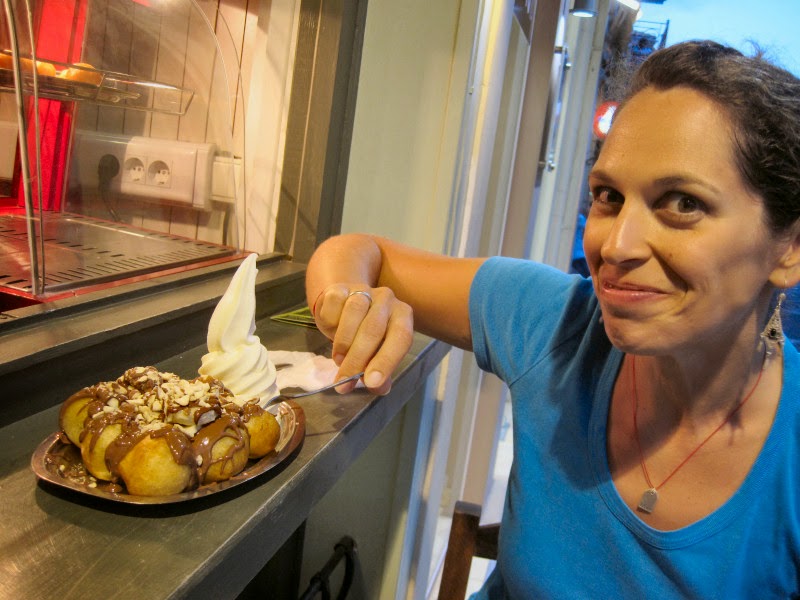 Jonathan Livingston Seagull, by Richard Bach. My hair always stand on end whenever I read it!

What’s the book that positively shaped you?

The Tao Te Ching. My translation of it into Greek reignited my passion for writing, and its teachings, with which I first came into contact as a teen, has shaped my entire philosophy.

What would you rather be doing now? (instead of answering these questions).

The only thing more fun than this is writing my book. Nothing compares to that (just don’t tell Electra that)!

Kindle Ninja:  Well, if you give me more of those loukoumades, nobody gets hurt.

What do you do to decompress?

You remember our dog, Meli? We are blessed in living very close to a number of natural reserves, so we take her for long walks. As we have a pick between sea (a 20’ drive) or forest (a 10’ drive), we’re really spoilt for choice!

If the weather is too hot or miserable, I practice my Tai Chi.  It’s like meditation, only you get to shake da booty, as you kids say (did I just say that?). (Kindle Ninja: I'll pretend you didn't).

Finally, I meditate and pray daily. It helps me ground myself.

What bizarre food have you eaten?

Erm, I’m not all that adventurous, but I have tried crocodile. Does that count? It wasn’t bad at all, either, I’d gladly have it again.

If RRBC members were to raid your fridge, what would they find in there? 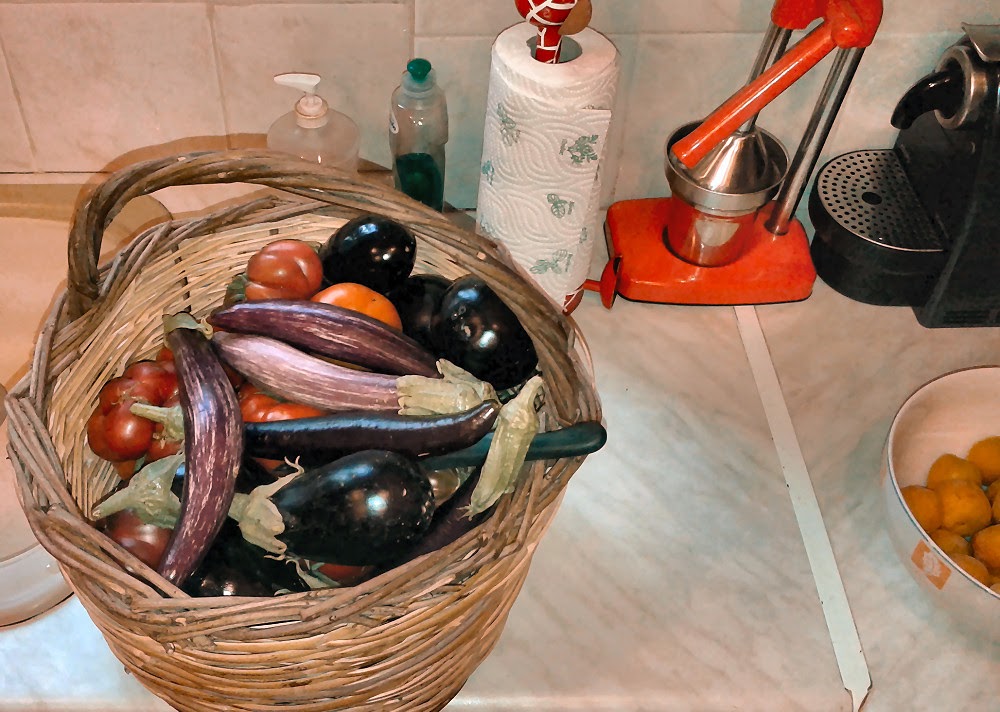 We eat as much as we can, and BBQ the rest, sprinkled with olive oil, lemon and oregano. We then make them into paste and preserve them in the freezer. That way, whenever we wish to have spaghetti in the winter, we add a couple of spoonfuls into our (again, self-made) tomato paste and have a great instant tomato sauce.

She also makes jams and preserves, so there is a small army of jars of all shapes and sizes filing up in there!

Kindle Ninja:  Pls. adopt  this ninja. I review books for food (that kind of food!).

On a scale of 1 to 10, how excited are you about life right now?

I’m doing what I love and get to meet lovely people every day, albeit digitally. I hope some day to make a living out of it, but as far as excitement goes, this is pretty exciting as it is! So, 10.

Like most people, I have a sunshine and a midnight side to me. I prefer reading and watching films that feed the former. The Notebook, for example, was haunting and moving, but also very depressing. So, I’ll go for Brown.

That’s easy: Rowling. Having lived in Edinburgh, I went to the same café as her (Nicholson’s), so it has to be her.

Funny story: While living there, I once received an email from an Austrian student who asked me if I lived near the café where Rowling had famously written her books. I had never met this guy, nor did I know him; this was completely out of the blue. Still, ever helpful, I decided to humour him and answered that, yes, I did.

He then asked me for Nicholson’s details. Since I passed it every day, I went ahead and got them for him.

In his next email, he asked me to grab something from Nicholson’s and post it to him. I asked him what his last slave had died of.


For some reason, I never heard back from him.

Ninjas. But only if they’re the Kindle kind. Besides, I’ve been on Mount Olympus, but could not locate the gods. They must have taken off by now…

Meh, who wants to spend hours talking about themselves… Oh, who am I kidding? It’s a blast!

Avid reader. Web developer. Architect by training, holder of a PhD in Digital Architecture from the University of Edinburgh. Now, author.

Nicholas loves to write.  His first children's book, Runaway Smile, is currently being illustrated.  Mad Water, the third book in his epic fantasy series, Pearseus, will be published on July 15th, 2014, unless he's caught for murdering his deadline-ignoring illustrator.  He has also published The Power of Six, a collection of short sci-fi stories.

He lives in Athens, Greece, in the middle of a forest, with his wife, dog and two very silly cats, one of whom is always sitting on his lap.


The Power of Six, six plus one science fiction short stories:

Kindle Ninja Review Edition #7  featuring The Reunion, Dangled Carat, and It Lives In the Basement The Reunion (Beneath the Trap Door) by A.A. Pencil 4 / 5 ★★★★ The first chapter of the book introduces the characters – a whole lot of them. Although author A.A. Pencil created quite an ensemble, it’s a struggle to remember them all (but this is more of a reader’s shortcoming rather than a story flaw). It’s a bit of a slow start, but the personality clashes and banters are enough to keep my interest. It’s not established who the core characters are so you’d be in the dark about 90% of the time, which means you’re speculating most of the time (a good thing!). What started as shallow bickerings and embarrassing trips down memory lane, quickly turned into a gruesome murder spree from an unknown assailant. And this is where it gets maddeningly twisted. It’s reminiscent of slasher films of decades past, but more violent and bizarre.  What’s really good abou
Read more 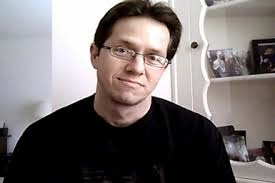